Prayer beads also known to be as Buddhist Mala Beads have been used for hundreds of years by the Hindus and Buddhists. There are also some Yoga Trainers who prefer to use it for meditation and mantra prayers due to its various powers and healing benefits. It is considered to be one of the types of beaded strings that are used for prayer, contemplation, and meditation.

This Japa mala (Buddha Beads) are rapidly seen to be more in demand of the public for its uses. It brings calmness, focus and peace of mind for many people regardless of their religious beliefs or traditions.

Can anyone have a Japa Mala?

The primary body of a mala is typically made of 108 beads, however different numbers are additionally utilized by the different schools and traditions. Extra beads could also be used to beautifying the mala with adornment and fashion. Malas are utilized for keeping count while chanting or reciting a Sanskrit or Buddhist mantra or for other types of meditation and prayer purposes.

So here the question which arises in the mind of people before buying it is “Whether they can have a Japa Mala Beads to wear even if they are not a Buddhist.” Or “Do they have to be a Buddhist for buying this Mala?” No doubt it comes under consideration and the answer must be satisfying enough so that no people face no difficulty in their future approach towards it.

Due to the countless benefits one receive Japa Mala can be used not only for prayer but also could be worn due to their unique and attractive designs. They are used for Yoga purposes too so it is treated more like a gemstone because it is made of the finest materials. 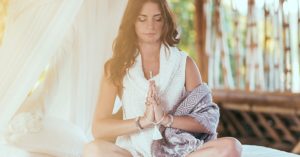 For the best results of peace and relaxation this mala is often used by trainers of Yoga as well. They wear it on their wrist or also in the neck as a necklace jewelry to bring calmness to their minds. It could help them to remind that they are present in that particular moment of ease and satisfaction with no external force in the surroundings.

Mantra Meditation can further assist you with detaching from any complication that emerge during the process. It furthermore helps to keep you concentrated on your expected point of concern. There are mantras which are called upon during the mantra meditation so that it could being some amazing, positive vibrations in your mind and soul. 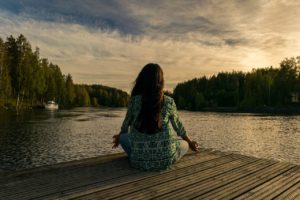 There are bracelets available which can be worn on the wrist, typically made of about 27 beads in counting. They are designed in such a manner so that it can look incredibly beautiful and be to well caried out with comfort throughout the day with Buddha beads.

The 108 beads mantra meditation beads are also seen to be in great demand. They are also said to be as the full mala as they can be worn in the neck unlike the bracelets. They have Gemstones present in them, with a great handwork done.

Their precious quality to provide to people so that they can enjoy the best of it along fulfilling their purpose and also having incredibly attractive patterns in their neck or wrist.

4 Exercises To Strengthen Your Back at Home

What To Include in Your Workout Wardrobe