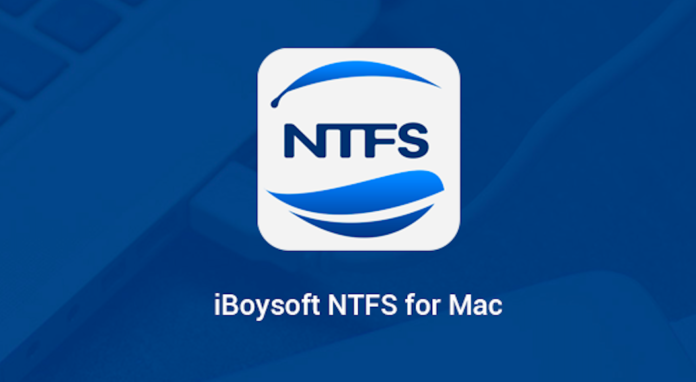 NFTS is a file system that can only be read on Mac computers without the help of a third-party program. Before NTFS for Mac software is developed and released, only by reformatting NTFS drives to exFAT or FAT32 or enabling NTFS write support via Terminal can Mac users write to NTFS drives on their Macs. It is not convenient for them to write to NTFS drives on Macs by formatting or Terminal. With the emergence of NTFS for Mac software, the read-write support on Mac is easier than before.

As the leading NTFS for Mac software, Microsoft NTFS for Mac by iBoysoft is dedicated to helping Mac users solve the read-only issue on Mac. This program can be used on macOS operating systems, including macOS High Sierra, macOS Mojave, macOS Catelina and macOS Big Sur. After the upgrade, iBoysoft NTFS for Mac becomes the earliest program available on M1 Macs.

Why Choose iBoysoft NTFS for Mac?

As a Mac user, you may know that the data can’t be written to NTFS drives on macOS, but you can still read your NTFS drives on Mac operating system. Equipped with an independent programmed file system driver, Microsoft NTFS for Mac by iBoysoft supplies you with a better read-write performance, and the whole read-write process is secure and quite fast.

The installation of iBoysoft NTFS for Mac is pretty simple. After you have downloaded the .dmg file from its official site, just go to your download list and double click on the NTFS icon, you will begin to install it.

3. Read and Write Support on Macs

The NTFS for Mac software released by iBoysoft can be used to help you transfer more than 60,000 files in and out of the NTFS volume, which owes to its smart caching technology. With the help of this technology, unlimited file exchange goes smoothly.

5. Integration with Disk Utility and Finder on Mac Computers

Microsoft NTFS for Mac by iBoysoft has the ability to manage all NTFS and non-NTFS disks on your Mac. NTFS drives are unable to be edited in Finder and be erased in Disk Utility without installing this software on Mac. After the installation, it is easy to rename, delete, move, convert and format all NTFS drives on macOS operating system in Finder or Disk Utility.

How to Use Microsoft NTFS for Mac by iBoysoft to Write to NTFS Drives on Mac Computer?

Step 3 Make sure that you have connected the NTFS drive with your Mac.

Step 4 Open the NTFS drive and write the information to it after this drive is mounted automatically by iBoysoft NTFS for Mac.

NTFS for Mac software by iBoysoft supports read-write operation on macOS. With this software, there is no need for you to format your NTFS drive to write to it in case you want to use this drive on your Windows computer some day. With the occurrence of this great program, writing to NTFS drives becomes easier than before. Don’t miss this versatile utility.

What are the essential things to check in the NFT wallet?

The right way to buy the Non-fungible tokens!

In a lot of ways, dck dck is the opposite of dcko.